DLP is offering a Furlough Letter employers can use to place employees on Furlough.

Additionally, we are making our Independent Employee Integrity Helpline available to any employee for the duration of the COVID-19 outbreak in the UK. Should you have an employee with questions, feel free to share the number for this free service: 0330 400 4493. 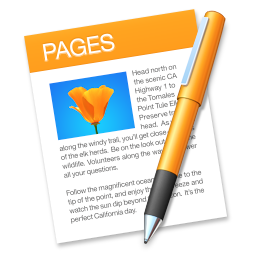 DLP are fielding hundreds of calls about Furlough and are providing the below guidance.

On Friday 20 March, Chancellor Rishi Sunak announced a Furlough Leave scheme to fund salaries for staff who would otherwise be laid off due to the COVID-19 outbreak in the UK.

First, Furlough is only for staff who are not working and who would otherwise be laid off. The purpose of Furlough Leave is to save jobs not subsidise working employees.

What is Furlough Leave?

The word Furlough doesn’t mean anything in prior law but is defined as a leave of absence. This could have easily been referred to as ‘home leave’ or ‘isolation leave’. Don’t get hung up on the term.

Can Furlough Leave be abused?

There is much debate about whether this is a secure scheme; ie how will Government know an employee is not working given that the employee might know a claim was made in their name?

There seems to be opportunity for abuse but hopefully this will be addressed when the legislation is finalised.

What issues are foreseen with Furlough leave?

The obvious issues are that when an employer needs skeleton staff it may choose its best staff to stay on and others to be laid off. This could lead to less successful staff working hard, arriving at the office and worrying about being effected. This is likely to lead to issues and potential discrimination / unrest with no obvious answers.

Can Furlough leave be backdated?

How do I deal with those already laid off?

Those who have been laid off should be contacted immediately to confirm that they are ‘reemployed’, their layoff is rescinded, and Furlough payments will be backdated.

This is just a brief update on what we know so far, and is subject to change but hopefully will help in the next few days.

END_OF_DOCUMENT_TOKEN_TO_BE_REPLACED

The details of Coronavirus Government support is constantly shifting…

Ending date change and guidance on bringing employees back part…

Multiple HR and Employment Law changes around the COVID-19 outbreak…

Multiple HR and Employment Law changes around the COVID-19 outbreak…

Relief based on the 2020 budget delivered 11 March…

What should employers do about Coronavirus now…